How to Deal with the Frontal Alopecia Fibrosis?

Even though the effect of hormonal changes, environmental problems, and medical conditions affecting hair loss has been widely addressed, the genetic factor has barely been explored yet. Often known as hereditary hair loss, it is most prevalent in men in mid-life. Plenty of people are affected by the symmetric hair loss on the front and sides of their scalp. This form of the condition is known as frontal alopecia fibrosis (FFA).

Dermatologists identified frontal fibrosing alopecia syndrome about 20 years back. It is still mistaken for pattern baldness by numerous hair and skin experts even today. Hair systems (also termed modern hairpieces) are commonly used by individuals with advanced hair loss. It is a non-operative treatment developed using natural human hair threaded into a skin-friendly core that hides the areas of baldness. Frontal hair systems can be conveniently attached via clips, glue, or tape.

It's a headpiece that makes it possible for you to push your hair back without any hassle while appearing perfectly normal. The whole frontal area of your scalp from ear to ear is enclosed by a frontal hairpiece, right at the hairline, and therefore saving you from worrying about exposed bald edges. The benefit of using this piece is that your hairline will be secured from deterioration and, you will have full flexibility in styling your hair.

Am I The Appropriate Person To Carry A Male Frontal Hairpiece?

If your hair loss is really not extreme and you are only fading away from your hairline, then a frontal hair system will be the best choice for you. But if you're going bald all around the crown or from the sides of your head, a traditional hair system or a full cap would suit your needs best.

Advantages of A Frontal Hair System 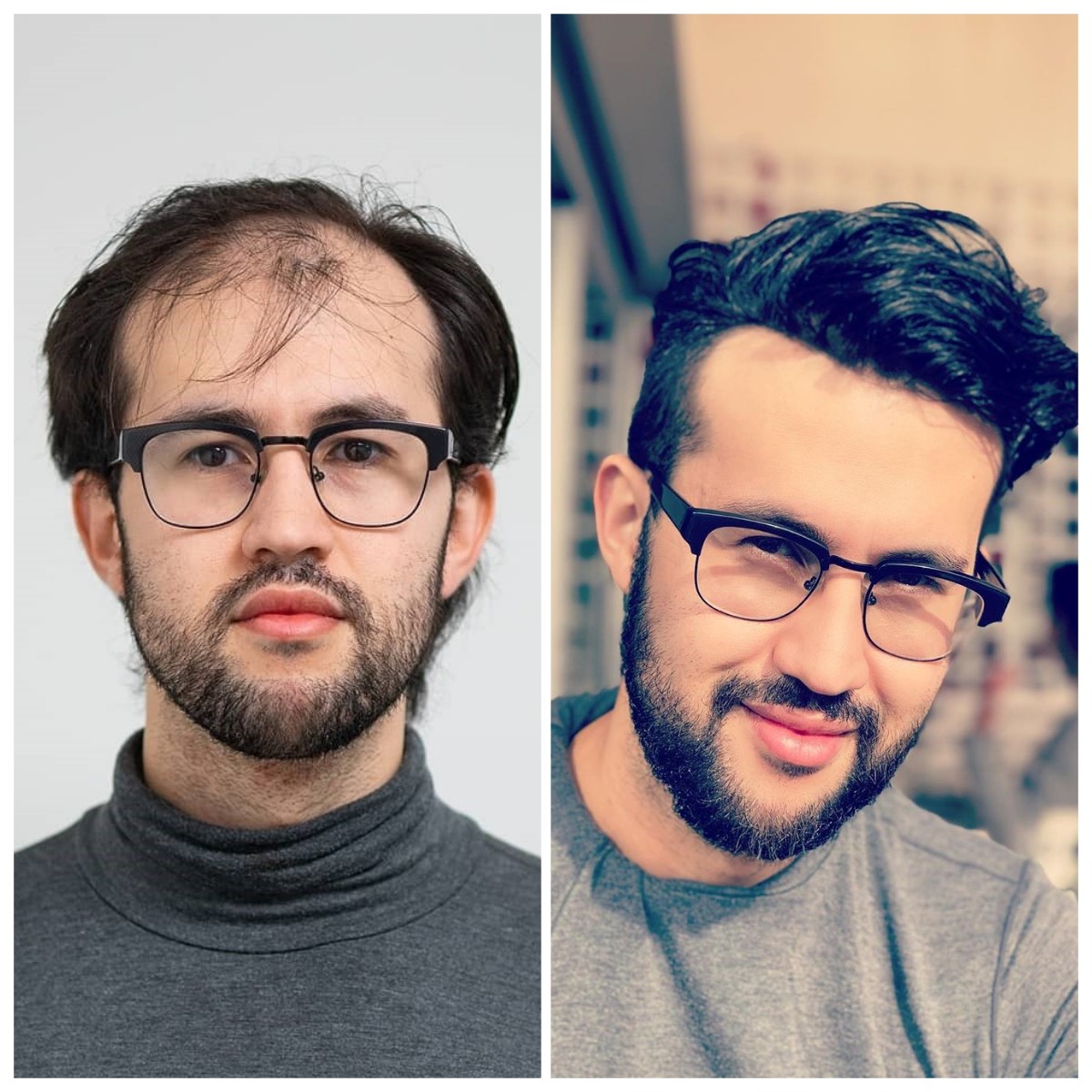 Securing Your Frontal Hairpiece With Tape Or With Adhesive?

It is quite prevalent for people to mount their frontal hairpieces by attaching them to the hairline with adhesive! The adhesive is preferred because it will last up to two weeks or even a little longer before it will need retouch with more glue. It's also easier and quicker to mount because you only need to match your natural hairline to the frontal hairpiece, and you'll be able to attach it to your scalp effortlessly.

The next most effective way to secure a silk or lacey base is to use a specific tape made for lace bases or wigs only. It's exceptionally convenient, and it only takes a few minutes to secure it on the scalp. Although tape can hold the hairpiece as much as the adhesive can, it might not give a smooth flat appearance.

In conclusion, a frontal hair system is a form of hair replacement system developed for men struggling with receding front hairlines only. It offers men a smoother and more perfect hairline with a lot more styling options than they have right now. No longer wearing your hair down or continuously attempting to keep your hair in such a style that hides your receding hairline! Considering how they are a smaller version of a complete hair replacement system, it is the best choice to introduce hair systems in your life without feeling self-conscious.

Hair knowledge and shopping guide. Without interruption, each men's frontal hairpiece generally grows continuously for approximately three to five years. Then the hair will rest, pushing the visible part on the skin...[get more about All About Men's Frontal Hair Piece and How to Use]

Hair knowledge and shopping guide. For people who only have a receding hairline and you want to cover it but you don’t want to shave all the hair on the top of the head. So what should we do? Here is when a men frontal hairpiece plays its role. So how does it work?[get more about The Effect of A Men Frontal Hairpiece And Who Is It for?]

Hair knowledge and shopping guide. Although a lot of lace frontal wigs come along with modifiable velcro bands in order to assist the wig match lovely and pleasantly on the scalp, of course, there are a few scenarios in which a little bit of additional accessory is required...[get more about How to Get The Best Wig Glues for Face Frontals?]

Zeus men's frontal hairpiece is specifically designed for people who have hair loss only in the front hairline and still have healthy hair elsewhere on the head...[get more about Frontal Hairpiece for Men Receding Hairline]

The fine tooth comb is used widely in salons to part or section hair during the styling or coloring processes...[get more about Fine Tooth Comb for Hair Sectioning]