Does Nathan Fillion wear a Hairpiece?

How do you deal with color fading(toupee)?

What Are the Types of Men's Hair Loss Treatments and Solutions?

What Is the Best Treatment for Receding Hairline Male?

What are The Male Pattern Baldness Treatment Options Out There?

Male pattern baldness treatment, the words every man wants to hear. What happened to the days when men used to hold their heads up high despite them having a visibly scorched head with a lack of hair? Beats me. Many men are consciously aware of their loss of hair. A quick peek at the mirror, and they suddenly realize the importance of finding a male pattern baldness treatment.

Around 85% of men will experience hair loss by the time they hit 50. However, others start losing their hair before they turn 21. I know. The sheer mention of this turns the modern metro-sexual man pale with fright. Hold your horses! Before you start fumbling for your inhaler, you need to understand that such a condition has a cure. Now would be a perfect time to ditch that lighter and spit out that cigarette.

Alopecia, as it's commonly known in the medical field, can be blamed on individual lifestyles. Further, I would urge you to take a critical historical look at your old folks since it's genetically transmitted. Enough with the chit-chat. In case you're wondering whether there's any hope for the afflicted, here's the deal.

Before we go any further, lets first dig in to understand hair loss to get the best available treatment out there. Male pattern baldness is the result of male hormone production, testosterone, which in turn produces dihydro-testosterone (DHT). It's an androgen known to be behind the male sexual characteristics such as body hair. Although it's essential in one's younger years, it can be quite devastating as one grows older since it affects hair follicles.

For those not in the know, hair follicles are the starting point of one's hair growth. DHT hampers the formation of healthy hair strands. Gradually, hair stops growing, and patterns of baldness become imminent. Since it's easier to arrest the situation earlier than surgically fixing it, such a condition must be tackled in its earlier stages. Therefore, not all is doom and gloom for men out there since several steps can save them from low self esteem and restore their dignity.

It's also known as Rogaine. It's topically applied on the scalp to slow down the rate of hair loss by stimulating the hair follicles. There needs to be strict discipline while using the drug since its result is usually visible between four months to a year. Hair loss typically continues once you stop taking the medication. However, just like any other medication, Minoxidil comes with several side effects such as itchiness or dryness of the scalp and a burning effect.

You should quickly seek your doctor's advice if you encounter such severe side effects such as swelling of the face, ankles, hands, and abdomen, weight gain, labored breathing, and chest pains.

Just like Minoxidil, it reduces male hair loss but orally administered. It blocks the production of DHT associated with male hair loss. Further, it has a higher rate of success than Minoxidil, but once its administration gets stopped, hair loss returns. Results are visible between three months to one year. In case hair growth is not experienced within one year, your doctor will advise you to discontinue its usage.

Finasteride can cause cancer, although in rare cases. In case of any breast or chest pains, you should immediately have a doctor check on you. It may also affect one's prostatic specific antigen levels (PSA), usually used to screen for prostate cancer.

Hair transplant is known to be an expensive and invasive method of hair loss treatment. It involves taking hair follicles from active areas of the scalp and transferring them to the balding or thinning areas. It requires different sessions with the risk involved being the proliferation of infections and scarring. However, if successful, the transplant is permanent and looks more natural.

It's an invasive method that involves using a needle to tattoo tiny dots on the scalp to mimic tiny hair follicles. Micro pigments get injected using a specialist micro-needle at the scalp's epidermal level to replicate growing hair. It gives the impression of a closely shaved head and can be used to cover a fully bald head or fill in for a thinning or receding hairline. It's said to be almost pain-free since the needle only penetrates two layers of the epidermis, unlike a traditional tattoo that involves five.

Aloe Vera's usage as a male pattern baldness treatment is common. Its usage dates back to the indigenous Native Americans. They contain antibacterial properties known to cleanse the pores and rejuvenate the scalp by balancing the ph levels. Mixing aloe Vera gel with coconut milk and wheat germ is known to be an effective remedy in rejuvenating hair growth.

Other herbal organic products that may aid in hair growth include; saw palmetto, horsetail, and Nettle root that prohibit the formation of DHT to regrow new hair. Green tea combined with saw palmetto prevents the enzyme 5-alpha reductase from converting testosterone to DHT, allowing follicles to resume their healthy growth.

Wigs were known to be a preserve for women. Not anymore. Nowadays, its gaining traction for those preferring non-invasive ways to combat baldness. They come in different arrays and colors to mimic your naturally growing hair. Further, professional hairstylist exists to help you style and fit it to assume a more natural look.

On the other hand, a hairpiece does a great job mimicking one's natural hair. At livividhair.com, a plethora of hairpieces exists to carry out the task correctly, an example being the Cronus men's hair thinning treatment that perfectly blends with your hair. https://www.lavividhair.com/toupee/cronus-men-s-hair-thinning-treatment-full-polyskin-base-european-hair_p73.html 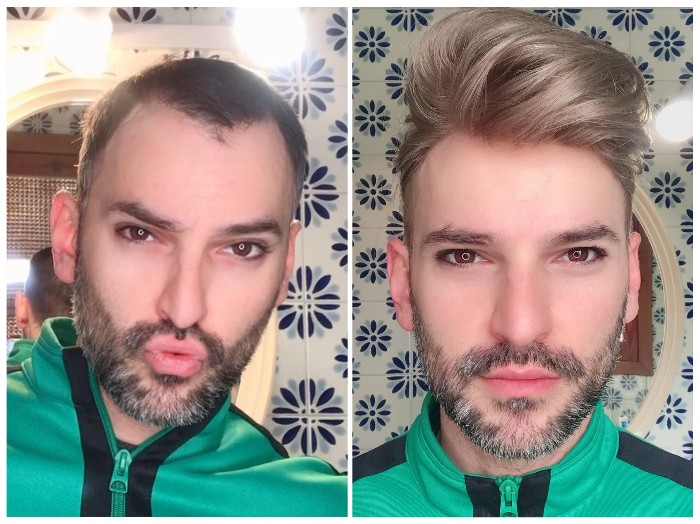 It involves sticking mostly on the topmost part of the forehead with a bonding tape. In such a scenario, the ultra hold toupee tape as highlighted in, get the same tape from LaVivid Hair:  https://www.lavividhair.com/accessories/ultra-hold-toupee-tape-in-roll-3-yards-long-bonding-time_p77.html 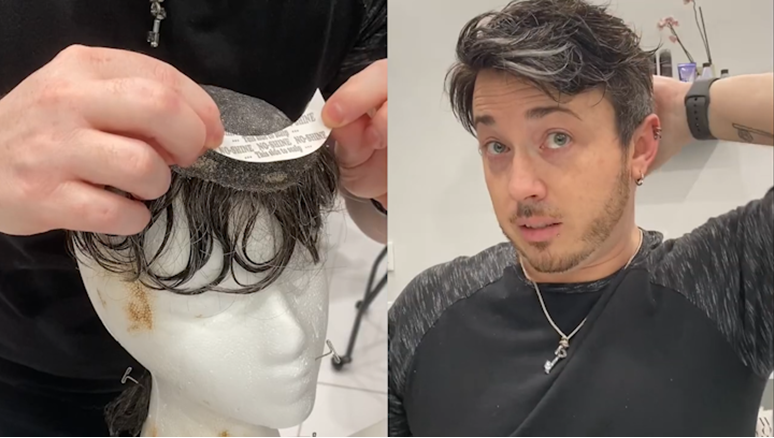 For some, going bald is quite a significant change that comes with depression, anxiety, or low self-esteem. It may seem like the end for you, but trust me, you aren't the first nor will be the last, as long as men are born. There's no known way to prevent male pattern baldness, but there are preventable ways to ensure no further hair loss, as long as there's early detection. The sooner you take decisive steps to restore your hair, the more opportunities you have to seize the happiness you have lost!