Does Nathan Fillion wear a Hairpiece?

How do you deal with color fading(toupee)? 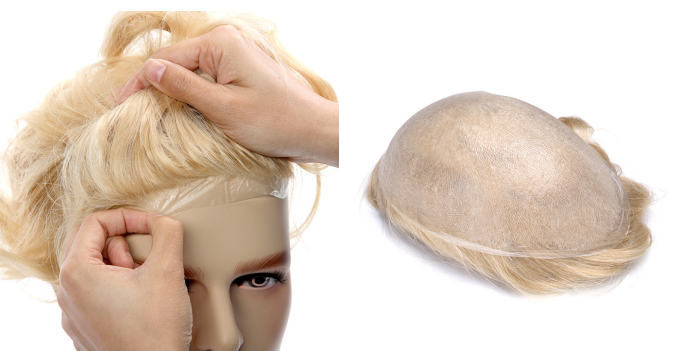 I'm going to demonstrate a technique and a few things that I've learned. When cutting in your own hairline now you need to understand something when it comes to hair lines and hair systems, it's very easy to make one look unnatural. Meaning if you cut too much of the system or the base you cut it too far back or you cut hair when you're not really supposed to be cutting the hair, you don't section it properly, it's not going to look right.

You don't want to have the hairline just a super strong harsh blunt straight across the line where the hair doesn't look like it's growing naturally. So you want to keep the hairline looking as natural as possible.

You're going to need some sort of sharp scissors because you want to make sure that when you're cutting the poly you're getting good clean cuts on it. Professional shears definitely are the way to go if you don't have professional shears then you can use anything that's sharp.

When I cut the hairline, I take the entire hair system like this and I've squeezed it into kind of like a little bit of a knot. In this way, the hairline right here is the most exposed. It's giving me a good starting point on where to cut it.

Then I'm cutting this really closely on top and I'm going to continue to carefully cut out the rest of the hairline. You can grab it in sections and continue to cut with this method but you need to make sure you do have this front hair pulled back as much as possible so you're not cutting the hair itself.

So I'm just following the same pattern and I'm literally cutting off any of the poly base that I'm seeing while trying to keep the hairline intact and create this natural growth pattern. Then I will do some refining and cut off any left poly.

It seems simple, but it's not as easy to do. To cut in the hairline, you really need to be patient and take some time to do it. Remember the more effort you put in, the more natural it will look.